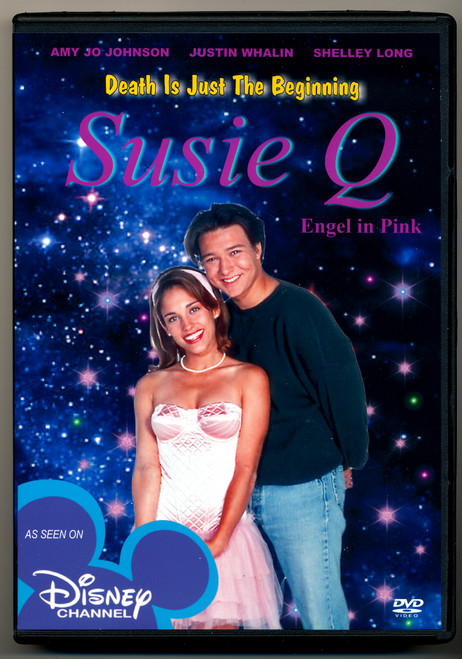 The actual DVD Only or DVD with case/artwork is pictured.

Available on DVD only by DVDs 'nSuch. This video was a video transfer, but not from VHS. Very Good quality.

This movie has never been officially released on DVD or VHS. This is a digital transfer of the movie from the Super RTL Network and has a A/V quality 8/10, very good quality. This DVD has a menu with scene selections and comes sealed in a DVD case as pictured. This movie is Standard Definition (SD).

Susie Q is a 1996 Super RTL movie that originally aired on the channel (Super RTL is a Cologne-based German television network operated by RTL Disney Television Limited Partnership), followed by Disney Channel airing it in the United States frequently in the mid 1990s. Justin Whalin, Amy Jo Johnson and Shelley Long starred. The movie told the story of a teenager dying with her boyfriend (Bentley Mitchum) on her way to their Winter Formal back in the mid-1950s and coming back to her old house about 40 years later in order to help her parents avoid being kicked out of their trailer park home. Later, Zach (Whalin) moves into Susie's (Johnson) old house, but he is the only one who is able to see Susie.

Disney Channel stopped showing the movie later in the new millennium. It was given a "TV-G" rating, and it was already cut for some profanity, but not all, when it primarily aired on the Disney Channel.