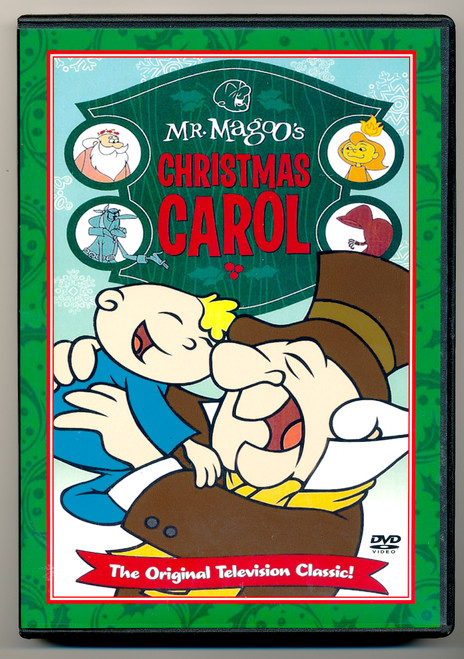 Mister Magoo's Christmas Carol is a 1962 animated musical holiday television special produced by UPA. It is an adaptation of A Christmas Carol by Charles Dickens, featuring UPA's character Mr. Magoo as Ebenezer Scrooge. The special first aired on December 18, 1962 on NBC and was the first animated Christmas special to be produced specifically for television.

Jim Backus provides the voice of Magoo, with additional voices provided by Paul Frees, Morey Amsterdam, Joan Gardner, and Jack Cassidy. The special is directed by Abe Levitow and features songs composed by Jule Styne, with lyrics by Bob Merrill.

An animated, magical, musical version of Dickens' timeless classic "A Christmas Carol." The nearsighted Mr. Magoo doesn't have a ghost of a chance as Ebenezer Scrooge, unless he learns the true meaning of Christmas from the three spirits who haunt him one Christmas Eve.