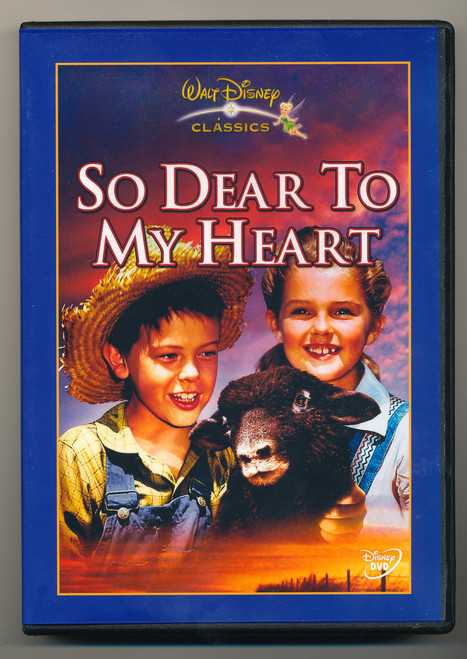 Danny was a black lamb born on the Kincaid family farm that was primarily raised by Jeremiah Kincaid when his mother abandoned him. He was given the name Danny after the famous race horse Dan Patch, who Jeremiah saw when the horse's railway tour stopped in his small town. Wanting everyone to appreciate the misfit lamb as much as he did, Jeremiah sought to enter Danny in a contest at the Pike County Fair, though his grandmother becomes critical of this ambition, seeing that Jeremiah might care more about winning then Danny's wellbeing.

Jeremiah's hopes for Danny to find success are illustrated in the film's animated sequences, which take the form of scrapbooks and postcards where a wise Owl advises the animated Danny in lessons of courage and determination.

The film was nominated for the Academy Award for Best Original Song for Burl Ives's version of the 17th-century English folk song "Lavender Blue," but lost to "Baby, It's Cold Outside" from Neptune's Daughter.

Bobby Driscoll received a special Juvenile Award from the Academy, honoring him as "the outstanding juvenile actor of 1949".[6] (In addition to So Dear to My Heart, he had garnered critical acclaim for his dramatic performance in the RKO melodrama The Window.)