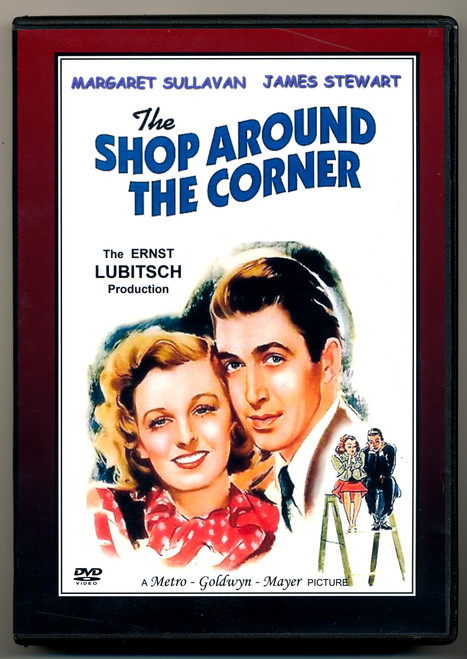 The Shop Around the Corner is adapted from the Hungarian play by Nikolaus (Miklos) Laszlo. Budapest gift-shop clerk Alfred Kralik (James Stewart) and newly hired shopgirl Klara Novak (Margaret Sullavan) hate each other almost at first sight. Kralik would prefer the company of the woman with whom he is corresponding by mail but has never met. Novak likewise carries a torch for her male pen pal, whom she also has never laid eyes on. It doesn't take a PhD degree to figure out that Kralik and Novak have been writing letters to each other. The film's many subplots are carried by Frank Morgan as the kindhearted shopkeeper and by Joseph Schildkraut as a backstabbing employee whose comeuppance is sure to result in spontaneous applause from the audience. Directed with comic delicacy by Ernst Lubitsch, this was later remade in 1949 as In the Good Old Summertime, and in 1998 as You've Got Mail. It was also musicalized as the 1963 Broadway production She Loves Me.

The Courtship of Eddie's Father

Race Against Time The Search For Sara